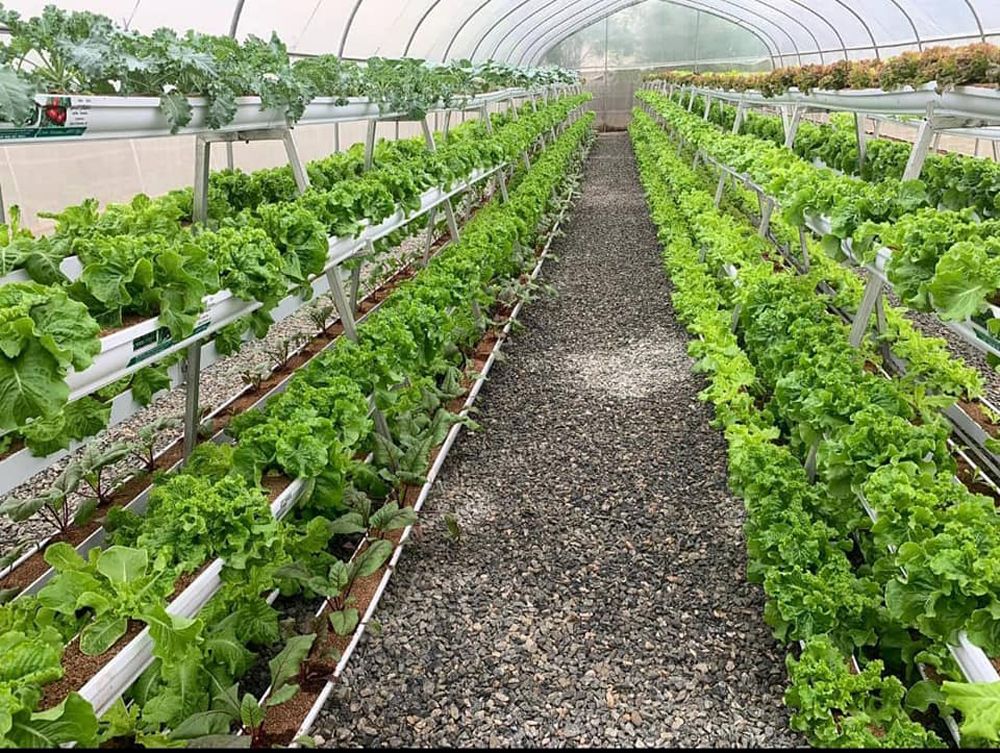 THE IMPERATIVES OF CLIMATE CHANGE ADAPTATION MEASURE FOR FOOD SECURITY

The Earth is expected to become warmer by at least 1oC due to Climate change ,referred to as global warming in some circles, and is estimated to house a human population of about 9 billion by 2050. According to Thomas Robert Malthus, population growth is faster than food production and is tended to outstrip it in a short time. A combined effect of a growing world population and impact of climate change on agriculture translates to the fact that food insecurity, food shortages and less arable land for agricultural practices will/may be our futuristic problems to contend with. These impacts are clearly attributed to human activities and natural occurrences that definitely require human solutions, which could be in the form of climate change mitigation and adaptation measures with Commercial Soilless Farming or Controlled Environment Agriculture (CEA).

Climate change directly and indirectly affects our conventional way of practicing agriculture and producing food for the populace. So also, conventional agricultural practices such as bush burning, soil tillage operations, nomadic farming and lumbering have contributed to global warming and the result: a changing climate. Physical results can be seen in the melting ice caps at the Arctic Circle, rising sea levels, flooding, loss of arable coastal lands, acid rain, changes in rainfall pattern etc. The world is also beginning to experience longer dry seasons that may increase arid lands, heat waves, wild fires, heavy winds and water erosion. These harsh conditions as a result of climate change cause plants to wilt, burn, drown or even aid in disease and pest infestation thereby reducing agricultural productivity.

The earth operates as a natural ecosystem where water cycle, nitrogen cycle and hydrogen cycle are maintained. Similarly, the atmospheric concentration of greenhouse gases are also recycled and maintained so as to reduce the global warming effects and ozone layer depletion. Sadly, human activities such as industrialization and human waste production are affecting the natural cycles in our ecosystem. Even though the earth is made up of about 70% water, fresh water for consumptive use remains a scarce resource. Irrigation activities in agriculture accounts for the highest consumption of available fresh water that is also needed for human consumption, commercial use and groundwater recharge. This then implies that conventional flooding of agricultural lands for irrigation purposes is no longer a sustainable practice if we must upscale agricultural production.

The way out for a growing population

The more the population grows, most especially in developing countries like Nigeria, India, DR Congo etc., the more urban centers are created. Ironically, development in infrastructure and urbanization is proportional to the loss of more arable lands and forest covers to city encroachment, which places a big pressure on agricultural productivity and sustainability coupled with desert encroachment. In essence, to effectively and efficiently feed a growing global population, we must equally increase agricultural productivity with focus on resource efficiency and adoption of innovative farming techniques that guarantee getting the job done. Premised on resource efficiency and high productive matrix in yield, some of these techniques include: vertical farming systems and soilless culture a.k.a Controlled Environment Agriculture (CEA).

Controlled Environment Agriculture (CEA) encompasses smart farming techniques such as vertical farming, soilless culture; hydroponics systems and aquaponics systems. These techniques utilize less land area and efficiently utilizes inputs including water, nutrients and fertilizers. Designed to mimic the natural operation of our ecosystem, CEA can be partially or fully isolated from the natural environment. With CEA,

Controlled Environment Agriculture to the rescue in Urban Areas

The geometric rise in the world’s population does not hinder the possibilities of CEA in increasing agricultural productivity. CEA can be practiced in urban areas despite the encroachment of cities, infrastructural development and settlements on our arable land. This is definitely a clear fact that our urban centers can also contribute to increase in food production as cost of transporting agricultural produce to urban areas can be drastically reduced and the wastage incurred in the process can be properly managed. Equivalently, CEA practices on commercial scale can also help to purify the air in urban centers by making use of CO2 available in the atmosphere. It is pertinent to also mention that CEA employs the use of renewable energy systems and recirculation of nutrient solutions, further increasing the scope of SDGs being addressed and achieved.

It is obvious that the world and in particular, Africa is yet to reach her peak of agricultural productivity and still incur so much post-harvest losses and high bills on importation of food products. These issues can be properly addressed by embracing and deploying new technologies and practices in agricultural production for us to feed the growing population in the face of a changing climate. Therefore, agripreneurs, soilless culture experts, controlled environment agriculturists, greenhouse experts, agronomists, engineers, scientists, investors, organizations etc. are posed with the responsibility to help our world achieve food security and improved agricultural practices even as the impact of climate change becomes inevitable amidst increasing world’s population.

This is why @ BIC Farms Concepts, we have strengthened our commitment and efforts in empowering Africa to feed herself and the entire world. We promote the deployment of these innovative farming techniques via our own inventions and modifications on the system of food production towards a food secured world. Our service offerings include production and educational services as trainings, webinars, farm set-up and establishment, installation, and other related consultancy services in the sphere of soilless farming.

How Food Security is the answer to National Security

Get The Updated NewS