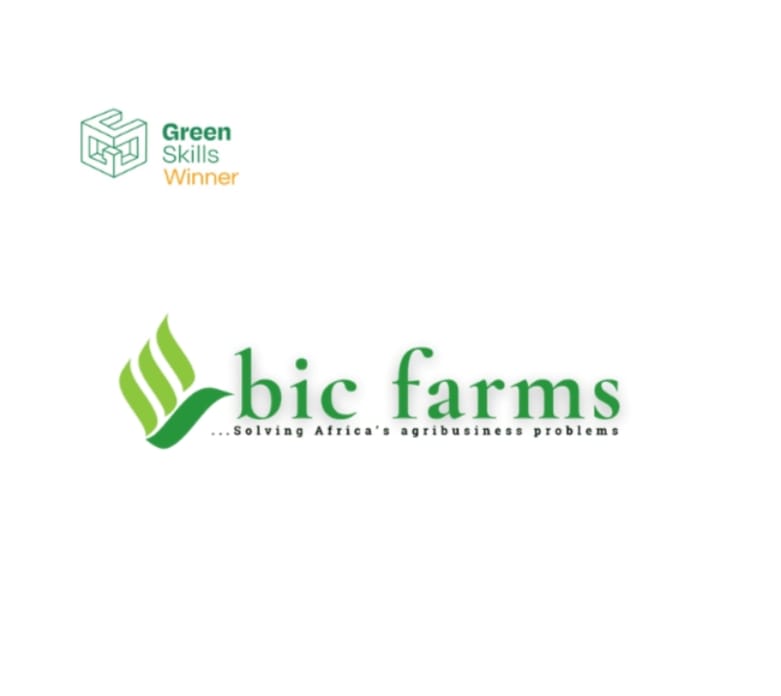 Amidst the 348 applications received from organizations across different countries, scheduled rounds of tasking challenges and series of interviews spanning 6 months , BIC Farms Concepts emerged as the Nigerian company to win the Green Skills Innovation Challenge, as announced (see announcement) on Thursday, 14th October 2021. This makes it one of the twelve (12) worldwide 2021 Green Skill Innovators in the world.

This year, Ashoka, an organization that builds and cultivates a community of change leaders for the good of society teamed up with HSBC, to find a new a new type of changemaker organization across the globe. These organizations which would be called Green Skills Innovators, would be those whose activities in their organizations are impacting on people by connecting them with the skills needed to make them transition to a Green Economy. A Green Economy that is resource efficient, social inclusive and generates low carbon is where nations of the world aspire to attain and Ashoka is at the forefront of making this realizable by supporting such organizations as these, that are promoting it through their contributions.

For over a decade now, BIC Farms Concepts has been preaching the message of self-sustenance, food security, innovation and youth inclusion towards having a green economy.

In 2013,Debo Onafowora conducted a survey that made him realize that 60% of those involved in one form of agriculture or the other in Nigeria are those above 60 years of age. He also noted the increasing complaints of farmers around him on farming land challenges, water and the rising cost of feed. He realized that Hydroponics Technology will go a long way in solving thee issues as well as other environmental and social problems. Hence, he extended the scope of the organization’s business to include Hydroponics technology and this he pioneered in Nigeria.

Hydroponics technology allows various forms of food to be grown without soil, using water and added nutrients, in place. This has helped spike up the interest and involvement of youths in agriculture and agribusiness, fields that had been dominated by the older generations before now and this has also helped with urban gardening in Nigeria. Through this technology also, Onafowora has trained over 20,000 Africans, mostly young people and women, many of whom have set up their farms using this same technology and some of them have even scaled up their farms to now running them commercially. Today, there are many youths, women and retirees that have picked these green skills, offered monthly, from BIC Farms Concepts and are involved in practices that positively impact the planet.

Other Winners that have also become Green Skills Innovators are from Canada, France, USA, India, Greece, Kenya, Brazil, Australia and Singapore, with each winner organization also contributing massively to the transition towards Green Economy in different fields.

Get The Updated NewS